Edwin Larkens was the project leader for the BP Refinery Office while working at Group A, www.groupa.nl 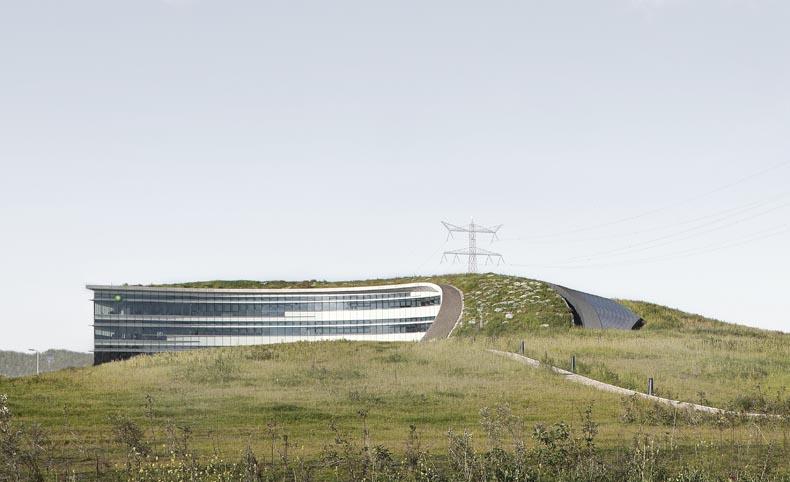 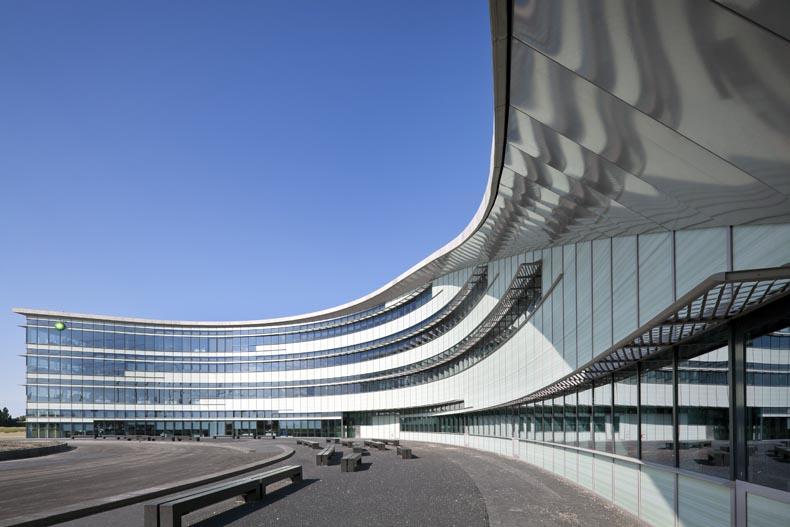 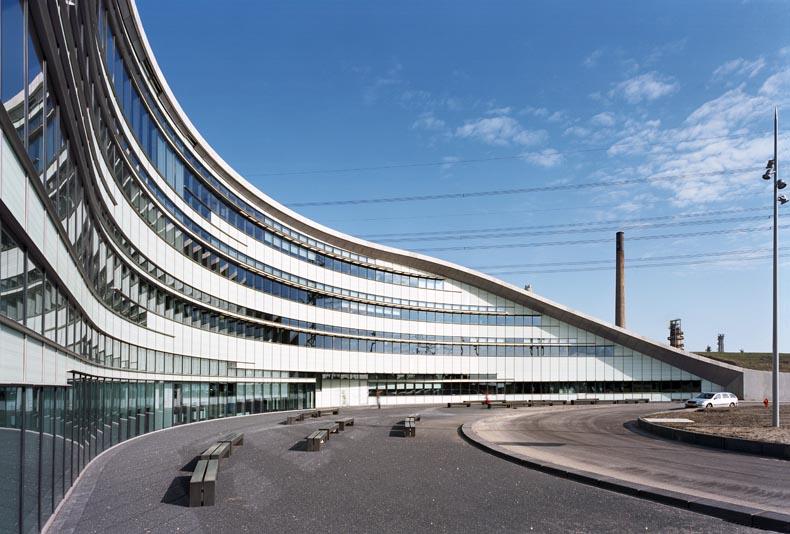 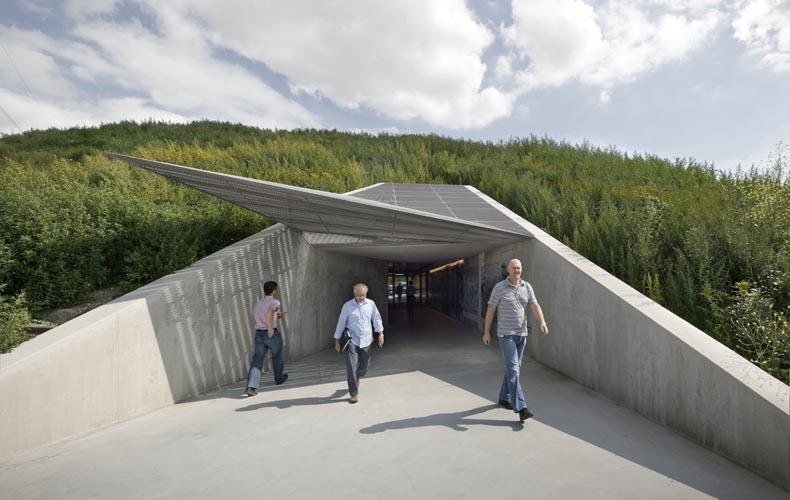 “Every day I park my car at the refinery in front of the big dune, walk into a concrete tunnel which cuts straight through it and enter a light atrium in the heart of the BP office building.” 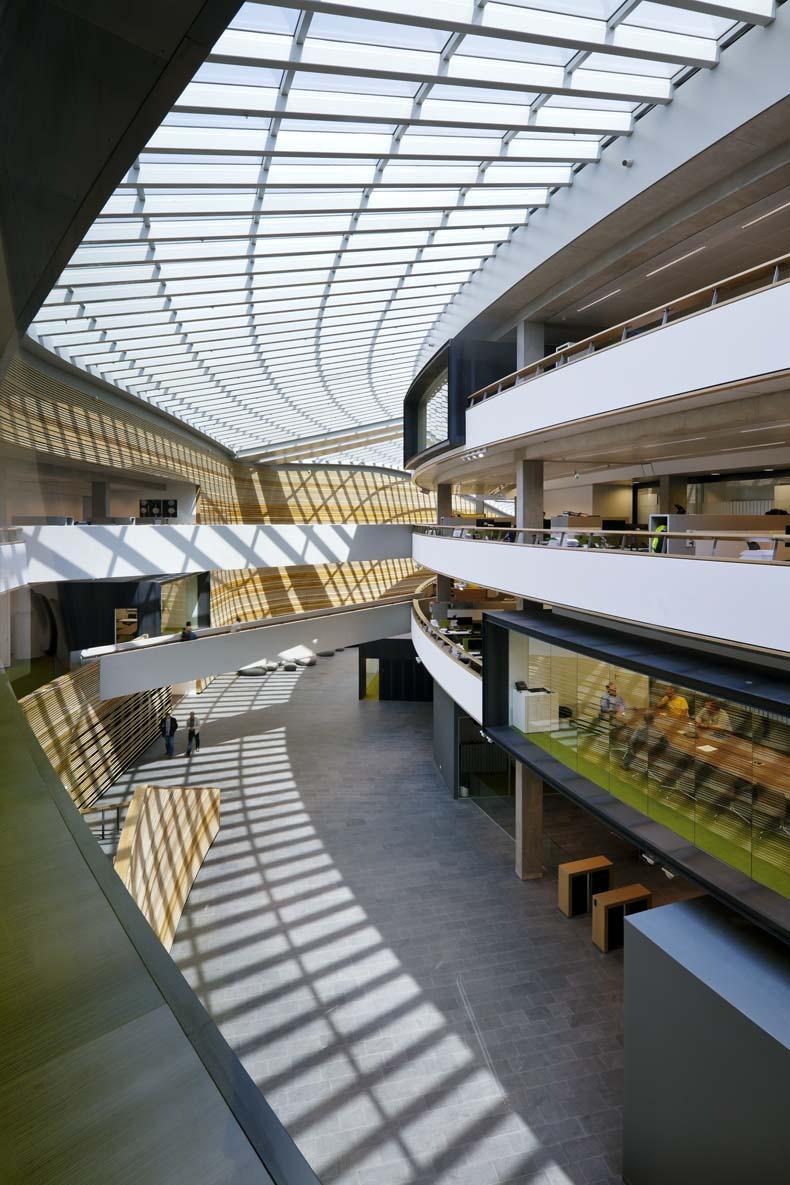 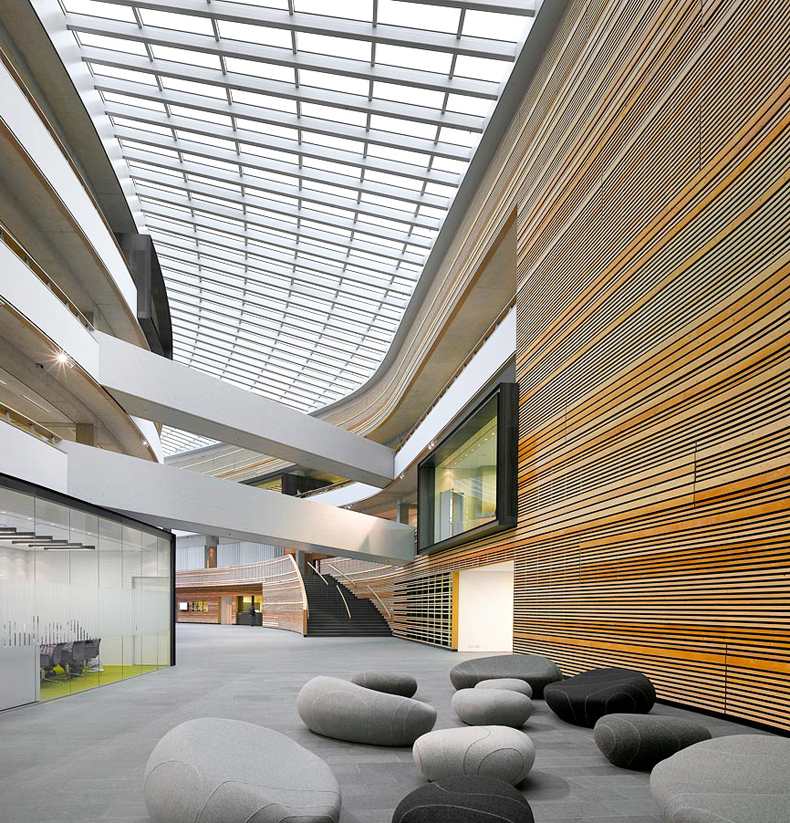 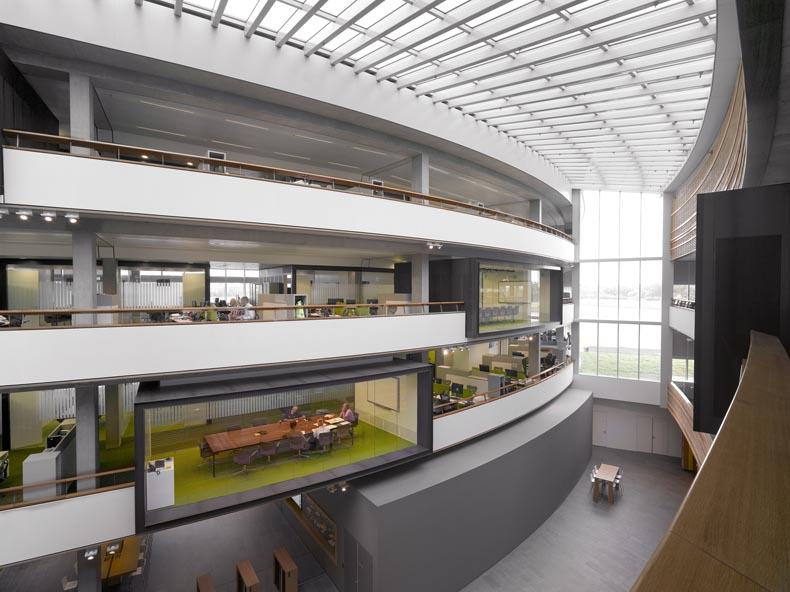 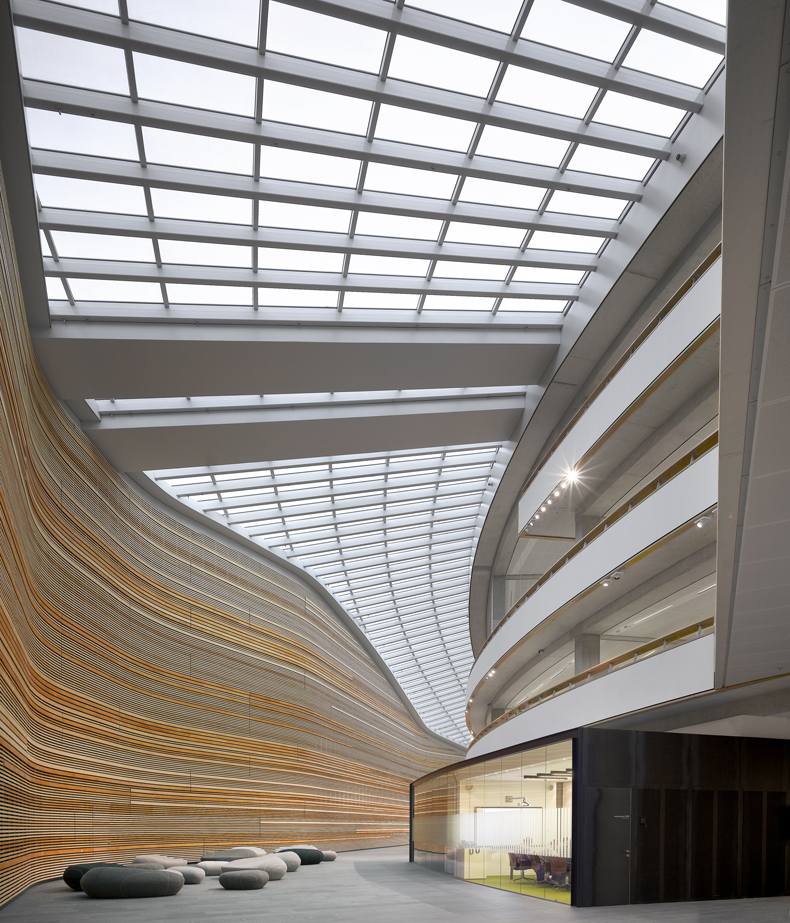 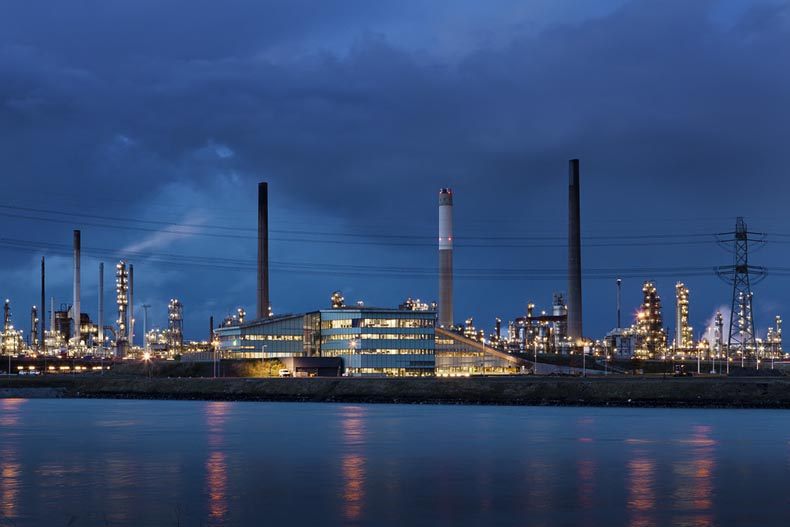 The design task for the BP Office was a paradox, a protective bunker with an open character. BP wanted to improve the offices by creating an enjoyable, sustainable and efficient open work landscape connected to its unique surroundings. The building is part of the oil refinery, which always contains a very small risk that an accident could trigger an explosion. In this case the offices should provide a safe environment.
The offices are embedded in an artificial hill to protect against the heavy direct impact of a shockwave. The building is curved to create an extra stiff concrete skeleton. The curtain facade deflects the indirect shockwave with a flexible structure. This allows a facade design which lets abundant daylight into the building and provides large views to the adventurous environment.

The building and the hill, shaped like the nearby dunes, blend the two contrasting landscapes of the refinery with the adjoining green wetlands. Two office strips grow out of the hill. An atrium in between the dune and the office volumes is the centre of the building and organises the spaces. The large open office floors are subdivided by closed meeting units. The rough but beautiful environment outside is continued on the inside with a robust interior of exposed concrete, steel, wood and natural stone. The undulating wall of the dune covered with timber echoes an earth formation, a reference to the core business of BP. Continuously changing shadow drawings provide a spectacle in the atrium for a bit of every day poetics.

Project and images copyright Group A